A New Jersey/New York-based, philanthropic arts company, Inter-Cities Performing Arts, Inc., was founded for the purpose of improving ethnic, social, professional, and cultural relations throughout the world. It grew out of the Altamura School for the Fine and Performing Arts, which served many students with financial needs in and near in Union City, NJ. It was begun in 1970 by soprano Carmela Bucceri Altamura and her husband, Leonard Altamura, a successful lawyer and philanthropist.

Inter-Cities Performing Arts, Inc., founded in 1986, is the umbrella organization for: 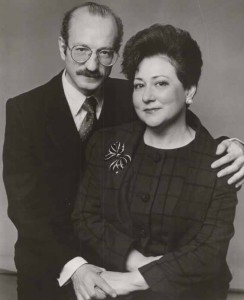 The Altamura/Enrico Caruso International Voice Competition, held bi-annually since it was established in 1988. With auditions held in many countries this competition supports singers on the threshold of their careers and was unique and revolutionary in that it abolished age limits. Among its noted winners are: baritone Kim Josephson, tenor James Valenti, and soprano Angela Brown, who have gone on to perform lead roles in the world’s major opera houses such as La Scala and the Metropolitan Opera. Revered jury members have included: the late mezzo soprano, Giulietta Simionato (1910-2010), Marcello Abbado, Karel Mark Chichon, Michael Frittum, and Carolina Segrera-Holden as well as Carmela Altamura.

The Altamura Center for Arts and Cultures, based in scenic Round Top, NY in the Catskill Mountains, offers a variety of music and theater programs during the summer and fall and hosts the annual Summer Institute – “Encounters with the Masters” during which master teachers hand down to and share their experience, knowledge and traditions with aspiring singers. The distinguished list of teachers who have participated includes: the late actress Celeste Holmes, opera stars Licia Albanese, Jerome Hines, Giovanna Canetti, Maria Bertolino, Virginia Zeani and the American icon maestro Anton Coppola. 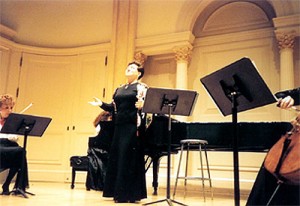 Inter-Cities Performing Arts, Inc., is committed to creating art for tomorrow through commissioning works by both community and world-renowned artists. These have included a composition for its Carnegie Hall celebration and a sculpture for the Founders Hall at the Metropolitan Opera. A highly respected arts organization, Inter-Cities was chosen to close the 2004 Hudson River Regional Festival. Carmela and Leonard Altamura express gratitude to their family and community for their support in helping to promote understanding among the world peoples through the study of music.