As a little girl of eight, Carmela Bucceri Altamura left Sicily on an ocean liner to join her family already in America. While crossing the Atlantic on the immigrant ship, Sobieski, Carmela’s destiny began to unfold. Strains of music from the activities hall reached the little girl, who had been sent to bed early. While others enjoyed the festivities, Carmela convinced a noble lady from Spain to dress her in an adult costume.
Disguised, the 8-year-old fearlessly entered the ballroom and invited the captain to dance. The charmed captain asked her if she knew how to sing. Cheered on by the captivated audience, Carmela immediately became the ship’s mascot, entertaining in every class of the ship. News of the little Cinderella reached the United States, and soon she was encouraged to begin musical studies. 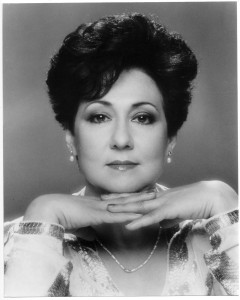 After winning many scholarships from elementary school through college, including fellowships from Casa Italiana at Seton Hall University and the Metropolitan Opera Guild, the young soprano left to study at the Giuseppe Verdi Conservatory in Milan, from which she graduated. She began her career in Milan’s Teatro dei Filodrammatici and has continued to perform in the world’s major concert halls including Alice Tully Hall and Carnegie Hall.

In 1988, she received the prestigious Caldwell College (New Jersey) Veritas Award for her service to and leadership in the arts. The award honors those who “give of self to society, develop wisdom and knowledge, embody integrity, and seek truth.” A congressional citation was presented to Ms. Altamura on the occasion of Inter-Cities’ gala celebration, “A Salute to Italy and the Americas,” at Carnegie Hall.

Italian American organizations have warmly recognized Ms. Altamura’s contributions to their community. She received the Better World Builder award from the Italian American Historical Society and Woman of the Year award from the Italian Center for Culture. She recently accepted a grant awarded to Inter-Cities from the National Italian American Foundation in Washington, D.C., and has been selected to be on NIAF’s scholarship committee. Many civic awards, including the Jersey Journal “Woman of the Year,” presented to Ms. Altamura for her educational contributions to the underprivileged, attest to the significant time, effort, and energy she has given to both her immediate community and to young artists throughout the world. She appears in Who’s Who in the World.

She has served as a voice and language coach for Opera Music Theater International, founded by Jerome Hines, in Newark, New Jersey, and a style, language and voice consultant — in collaboration with Giulietta Simionato — for master classes at the Accademia Pianistica in Imola, Italy. She served the same role for master classes, sponsored by Licia Albanese, at Marymount College and Wagner College in New York.

Although Ms. Altamura has performed in the world’s greatest concert halls and garnered many prestigious wards, she ultimately chose a different path to concentrate her energies. Traversing the path less chosen has brought rich personal reward, as it is her belief that through helping others, one attains a true purpose in life.

To this end, Ms. Altamura helped to refurbish and publicize the Fomento Center in Union City, her New Jersey home community, for the purpose of celebrating Latin American arts. In addition, she founded the Altamura School for the Fine and Performing Arts that, for 14 years, served immigrant and underprivileged youth in her community.

In 1986, Carmela Altamura, together with her husband, Leonard, founded Inter-Cities Performing Arts, Inc., a New York/New Jersey-based non-profit organization, for the purpose of furthering ethnic, social, professional, and cultural relations. Among the programs under the Inter-Cities umbrella, the Altamura/Enrico Caruso International Voice Competition, USA supports singers on the threshold of their careers. Knowing that singers with larger voices such as dramatic soprano, contralto and basso develop later, Carmela Altamura took a courageous stand by abolishing competition age limits. It paid off handsomely. Competition winner Kim Josephson is now one of the leading baritones at the Metropolitan Opera.

Others, both before and after him, including soprano Audrey Stottler, were afforded this opportunity as well. Over 130 world-class artists have participated in the competition and Summer Institute, and appear in title roles at the Metropolitan Opera, La Scala, Lyric Opera of Chicago, and Vienna Staatsoper, among many other companies. 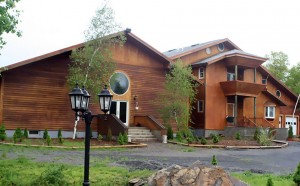 In May 2000, Leonard and Carmela Altamura built the Altamura Center for Arts and Cultures in Round Top, New York – a performing arts center in the Catskills — with the purpose of promoting understanding among world peoples through the study of music.

The center offers the Summer Institute “Encounters with the Masters” program — an immersion in operatic literature, performance, and Italian culture without having to leave the United States. Renowned faculty from such venerable Italian institutions such as La Scala pass on the unwritten traditions of style, nuance and training that are essential for singers who will eventually perform in the country where opera originated.

Leonard Altamura is a highly respected arts philanthropist and attorney with offices in Union City, New Jersey and New York City. The Altamuras have two children. Their daughter, Cristina, is an accomplished concert pianist and recipient of a 1997-98 Fulbright Fellowship to Italy. Their son, Leonard, is a computer consultant network engineer and founder of his own company, Wave Length Industries, located in Union City.